Dish of the Day: Peanut Paste 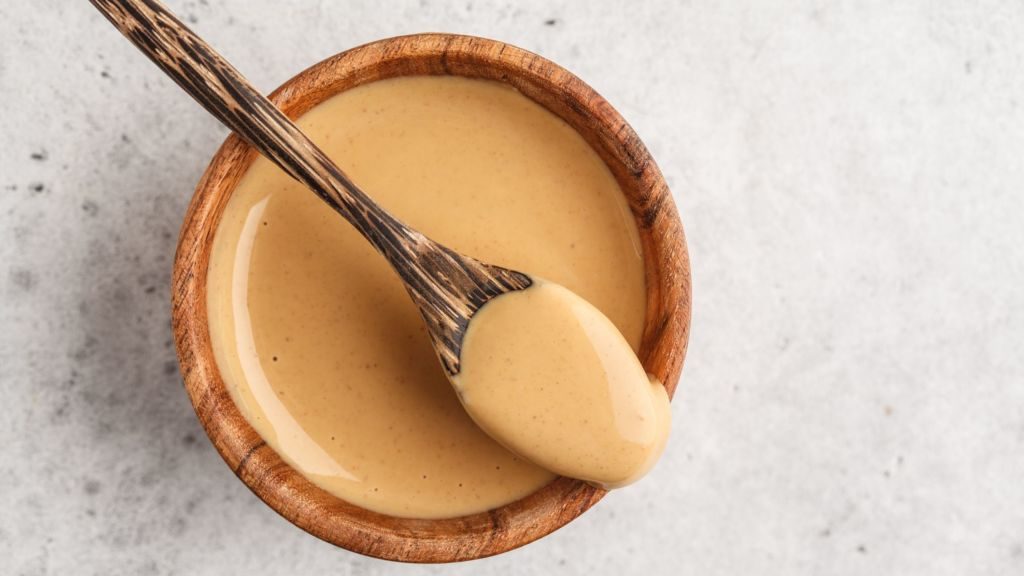 If you’ve ever attended a grand function or a Chinese banquet wedding, there’s a high chance you would have come across this decadent peanut dessert – peanut paste, at the end of the 9-course feast.

Based on the first impression, the name Peanut Paste calls to mind peanut butter, and while the two carry similar resemblance appearance-wise, rest assured that they are not the same. In fact, they couldn’t be any more different in texture, preparation, and ingredients.

What is Peanut Paste?

A Cantonese dessert, Peanut Paste in its native tongue is referred to as Fa Sang Wu. It falls under the category of Chinese desserts called Tong Sui (which translates to ‘sugar water’) that encompasses all kinds of sweet and warm soups or custards. This dish itself carries a slightly gravy-like texture that is smooth enough to run down one’s throat but not as watery as ordinary liquids.

To achieve such a velvety texture, one would first have to blend grounded peanuts and sesame into a puree before cooking them in a pan with flour, syrup, and water. In doing so, the dessert forms an even consistency throughout and mixes well with the sugar syrup. Then it is served warm with either Chinese pancakes or glutinous rice balls.

While not many can lay claim to the origin of Peanut Paste, it is believed that like Tong Sui, it originated more than a century ago in Guangzhou, China. The popularity of the dessert, however, didn’t surge until it arrived in Hong Kong during the post-war period in the 1950s. Then, Chinese migrants would bring their hometown dessert soups to the city and sell them in shop lots. Famously, tong sui shops started with fundamental dishes – Red Bean Soups from Guangzhou natives and Tang Yuan from Shanghai settlers.

As the economy boomed, Tong Sui shops became all the rage, and more variations were added to the menus, including Peanut Paste, Liu Wei Tang, Dou Fu Fa and more.

Today, any Tong Sui shop in both Hong Kong and Malaysia would boast a vast selection on their menus. The dishes with the closest similarities to this dessert would be the Red Bean and the Black Sesame variations. Exactly like how one would prepare Peanut Paste, red bean or black sesame powder would be used as substitutes to create the respective dishes.

While many desserts rake in high caloric numbers, Peanut Paste is no exception here. That being said, it does actually come with a handful of benefits. For starters, peanuts are a great source of protein, which helps to build muscle and improve your fitness performance.

On top of that, as peanuts provide a keen sense of satiety, a serving of the dessert is usually enough to leave one feeling full and content, which means you won’t be reaching for another serving despite how delicious they are. Great news for those looking to lose weight!

But the old advice still rings true; everything sweet is still healthier when consumed in moderation. After all, just the right amount of Peanut Paste can go a long way, so don’t overeat!

With a strong Cantonese presence in the region, looking for a traditional Tong Sui shop is not as hard as it seems. In fact, the next time you’re craving a bowl of sweet Peanut Paste, use the foodpanda app to browse the selection of Tong Sui shops nearby.

Or you can be adventurous and make your own Peanut Paste by using our recipe here!